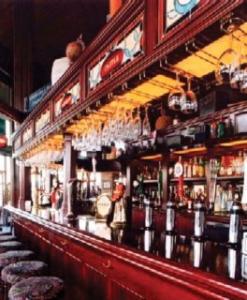 Canada is the neighbor country of the United States. It is a huge country but silent internationally - it's kinda like a person who has everything but so quiet about it. That's Canada!

I have been in North Canada and South Canada. I have also been in the mid-Canada and some of its islands.

To compare the north and the south Canada is like comparing an apple from an orange. The North Canadians speak English and French is only spoken and learned in schools while in the South, the people speak French. The roads and signs are all in French. In the North, the road signs are all in English. There was a time that the South wanted to be an independent state. But, I guess, today, the both the North and South are pretty getting along well.

In the early 1990s, I travelled to the province of Quebec, Ottawa and Toronto. Since I moved to the northwest United States, I have been travelling more in North Canada: Victoria, Vancouver, Delta, Richmond, etc.

There are so many things to see in Canada and it will take me years to probably explore the whole country! It is a beautiful country and the people are so unique. Most of them respect diversity so being an Asian, I am not afraid of exploring the whole country!

"The Famous Destinations in Canada"

There are so many places to see in Canada. I have seen the following:

A British delegation of 9 people, accompanied by a representative of the Canadian High Commission travelled from London to Halifax, Nova Scotia (NS). I travelled from Ottawa to Halifax to meet them. As I had left Ottawa at 07:30, I arrived somewhat earlier than their flight, which was to arrive at 14:25. In my spare time, I called up the charter plane company to let them know I was there and arranged to call them back when the flight from London arrived. Eventually the plane, our High Commission representative and the Brits arrived. Our charter company came with a bus to take us to their hangar where we shifted our luggage and ourselves to 2 small planes that would take us to Moncton, New Brunswick (NB).

We flew over to Moncton - a rather bumpy flight, as it was rather breezy - 40 minutes like that was about enough for me. I think a few others felt the same way. I think it may have been a first flight in a small plane for some of our guests. It was a lovely clear day, however, though it clouded over and almost rained once we got to Moncton.

In Moncton, we met our guides from the provincial government and headed to our hotel in Moncton for the next couple of nights, the Delta Beauséjour [750 Main Street, Moncton, NB; Tel: (506) 854-4344].

We had a little time to ourselves and then got together for a couple of presentations on Canadian and NB forestry, followed by dinner and then to welcome sleep.

Up for breakfast and a presentation on forest management involving forest stakeholders by the General Manager of the Fundy Model Forest. We then headed off for our field visits to a model forest site (small freehold) and to JD Irving operational sites (large
freehold). But first, we stopped by Magnetic Hill. This tourist site (trap?) has been around just about forever - at this location, cars appear to coast uphill and water seems to flow upwards. The gravity-defying phenomenon was first observed in horse-and-buggy days. Quite substantial development has taken place there since I last visited. There are now water slides and postcards!

After our brief detour, we were back on track and off to the forestry sites where we had presentations and discussions on site and en route with the model forest and JDI representatives. Towards the end of the day, we transferred to Adair's Wilderness lodge for dinner with local community leaders then back to the hotel for another night's rest.

Up again for breakfast at the hotel with another presentation - this time on the status of forest certification, including a comparative analysis of CSA (Canadian Standards Association), FSC (Forest Stewardship Council) and SFI (Sustainable Forestry Initiative) certification schemes in Canada.

We then headed off for field visits to JDI managed crown land sites in Harcourt. We had several discussions regarding crown land management in the field with JDI representatives and officials from provincial Department of Natural Resources and Energy. We had lunch at an Irving "truck stop" along the highway on our way to the airport. After lunch, we parted ways with our local contacts and headed to the Moncton airport.

Fortunately, after our late arrival, we got to start a little later. We met at 09:00 to transfer to McArthur Place for breakfast, meeting more Alberta individuals, and a presentation on Alberta's forest management regime by provincial representatives. We also got a briefing on the forestry visit by Alberta-Pacific (Alpac) Forest Products Incorporated. After our breakfast, we headed off to the woods.

We had a field visit to the Conklin Road Tour. We saw 1993 Alpac cut blocks, Landscape pattern, regeneration, and block structure. We saw more recent 2000 Cut blocks with harvesteing and fire salvage. We also saw and came to appreciate the impacts of fires that had taken place in 1990, 1999, 2000, and 2002. In fact, we had our lunch at an active forest fire. While it was a bit noisy, watching helicopters fetching and dropping water on the fire, it was also pretty exciting.

After lunch, we settled down and went to see Vanderwell's contractor understory protection and mixed wood management in the Heart Lake Tower area. Two of our guests climbed up the fire tower.

This morning, we left our hotel and went to check out and have breakfast.

After breakfast and settling of bills and what not, we had field visits focussing on forest management, land use patterns and research, especially mixed wood management. While we were supposed to see some of this stuff in the field, it finally rained a little. This made the roads pretty slick, making it difficult for our bus driver to cope. We retreated to the Alpac pulp mill offices, in the midst of an electrical storm, for some pre-prepared presentations on mixedwood management.

After our presentations, we parted ways with Alpac and returned to Edmonton for a conference call with the federal forest service, with lunch en route. After our discussion with the Canadian Forest Service, we transferred to the offices of Alberta Sustainable Resources development for further discussion on Alberta's forest management.

After all those discussions, we transferred to Edmonton airport to check in and travel from Edmonton to Vancouver. Once we arrived in Vancouver, we transferred to our hotel for that night - Delta Vancouver suites Hotel. [550 West Hastings Street, Vancouver, BC; Tel: (604) 689-8188; Fax: (604) 605-8881]. Some of us headed out to have some dinner at Joe Forté's Seafood and Chop House - I went there a year ago and they have excellent seafood.

After a very nice breakfast, I took my luggage to the lobby (as instructed, so that it could be transferred to Sechelt on a bus). We then had a few presentations on British Columbia forestry from the Ministry of Forests, a local First Nations representative, and representatives of Industry and environmental non-government organizations.

This morning, we boarded the bus to transfer to the Ministry of Forests field office for breakfast in the boardroom and presentations regarding the day's proceedings and introduction to our tour guides.

After breakfast, we transferred to the boat dock in Sechelt and loaded the crew boat that would take us up the Sechelt Inlet. We spent the day on our field visit, travelling by boat in the morning and helicopters in the afternoon. We focussed on land use in the Forest District; integrated resource management; protected areas and protected resource features; second and old growth management; planning for biodiversity; riparian zone management; varied harvesting practices, including variable retention and shelterwood silviculture systems; Small Business Forest Enterprise Program; and examples of past harvesting done in the area.

This morning we had to check out from the hotel and meet the bus by 07:20 so that we could transfer to the ferry to take us back to the mainland. This was all on pain of death - or at least of being left behind (which might not have been so bad...) We took the ferry from Langdale to Horseshoe Bay and had breakfast on the boat. Once on the mainland, we transferred to the Delta Vancouver Suites Hotel for debriefing on tour. At this point, we parted ways with our BC guides.

We had a brief de-briefing to get feedback from our guests on the tour. I then provided what advice I could on how to spend their few hours in Vancouver. I then had to head to the airport myself for my flight. It was supposed to go at 14:45; once I checked in I discovered it wouldn't go until 17:30. I had some lunch, read some, napped some and finally, my flight was ready to go. I was so lucky as to get bumped to business class. That was a nice conclusion to a great trip and almost made up for not getting back to Ottawa until 01:30 Sunday.

This was another great trip. Going from one end of the country to the other in a week with a bunch of people unfamiliar with Canada is a great way to renew anyone's love of this place, as well as to stretch one's abilities to get up in the morning and be cheerful!

I again have to thank my colleagues in Canada who organized such a wonderful tour, as well as the delegation that made it such fun. I'm still grinning from my afternoon in the helicopter!

Vancouver is, by common consent, one of the most striking city locations in the world. It is Canada's third largest city, surrounded by the waters of the Strait of Georgia and flanked by the dramatic Coast Mountains. Blessed with a mild climate, Vancouver is a city of beaches, great views, outdoor restaurants, a vigorous artistic, scene, and a lifestyle which often makes permanent residents out of visitors.

Link to my online photo albums at Imagestation.com

Vancouver is now a young, modern city, based on its large port facility, and its role as the financial center for Western Canada. Tourism is a very large industry in Vancouver. What attracts visitors to the city is its evident charm, the spectacular scenery, and the attractions which this environment promotes: sightseeing, boating, Canada's largest Chinatown, several excellent museums, gardens, wonderful parks and excellent shopping.

Just over 100 years old, Vancouver was the home of several Native settlements before Spanish explorer Jose Narvaez anchored off Point Grey in July 1791. Captain George Vancouver charted Burrard Inlet and then made rendezvous with Spanish captains Galiano and Valdes on June 21, 1792. Vancouver was established as a village when "Gassy Jack" Deighton received a saloon permit in 1869, and the community at Burrard Inlet was in business where the restored Gastown area is now situated.

Vancouver is surrounded by water and bridges are a basic fact of life in the area, although traffic jams are rare, outside of rush hours. Two bridges link Vancouver and the North shore of Burrard Inlet: the Lions Gate suspension bridge from Vancouver's West End, and the Second Narrows Bridge to the east. The Burrard, Granville, and Cambie Street bridges cross False Creek in downtown Vancouver, while a series of bridges cross the arms of the Fraser River, leading to the suburbs of Richmond, Delta and Surrey. City maps are available at the downtown Vancouver Infocentre or may be purchased at gas stations.

Been here? Rate It!

We've found that other people looking for this hotel also know it by these names: